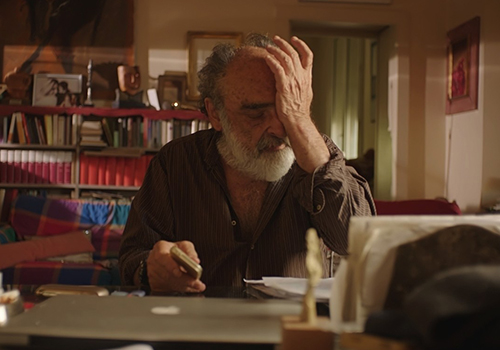 27th March 2020: a man seeks a remedy for the gloomy and unnerving loneliness of the lockdown.

Alessandro Haber is an Italian actor, film director and singer, born in Rome in 1947. His film debut as an actor was “La Cina è vicina” by Marco Bellocchio. In 2003 he directed his first feature film “Scacco pazzo”. During his career he was awarded with a David di Donatello for “Best Actor in a Supporting role”, five Nastro d’Argento for Best Actor in a Supporting role, and an IDI for Best actor for the theatrical performance “Dialogo”.